How are Video Games Made in Russia?
Tim Williams, Director of Operations and Adam Martinazzi, Designer, from Plarium​​. Plarium was founded in 2009 with one clearly defined goal: create great online games for the whole world to play. In 2011, they shifted focus to Massively Multiplayer Online (MMO) strategy games, and since the release of the post-apocalyptic classic, Total Domination, they haven’t looked back. (More information)
Religion and Russia's War Against The Ukraine
Vyacheslav Karpov (Ph.D. in Sociology, The Ohio State University) is Professor of Sociology at Western Michigan University, where he teaches Sociology of Religion and Comparative Sociology and directs the Group for the Study of Religion and Social Change.  Prior to his academic career in the United States, Dr. Karpov received undergraduate and graduate degrees and worked in research institutes of the Academy of Sciences in Russia. In the US, he published numerous articles in peer-reviewed journals and won prestigious competitive grants. Lately, his research has focused on the interplay between religious and political change and tolerance in the United States, Poland, Ukraine, Russia, and other countries. In recent years, Dr.Karpov has frequently travelled to Ukraine where he has conducted collaborative research on religion, conflict, and tolerance and gave public lectures. He is co-editor of the forthcoming volume “Secularization, Desecularization and Toleration: Cross-Disciplinary Challenges to Customary Assumptions”
Russian Orthodoxy
A deacon from St. Vladimir Orthodox Church will speak on the history of Orthodox Christianity in Russia and the historic lands of Rus’. The history of Russian Orthodoxy in North America and Michigan will also be covered. ​
Can Youtube Replace Russian TV? 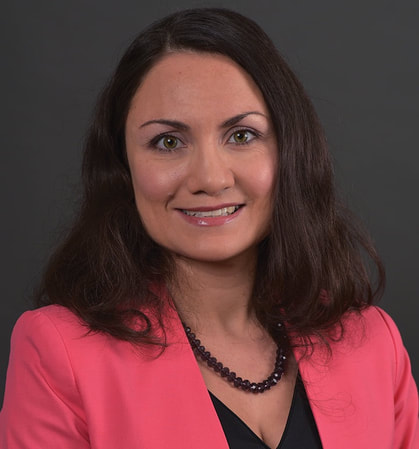